There’s a line of thought put forward by Neal Ford to help Java developers get over any hang-ups they may have with dynamic typing. If you like compile-type checking of your types, maybe you’re worried “that utter chaos would reign if we discard typing”. Neil’s argument is that: (a) unit testing is good; (b) 100% code coverage is good; therefore static typing buys you nothing:

“If you have pervasive testing, static typing == more typing. The static typing is nothing but a requirement to type extraneous code to satisfy a compiler that isn’t telling you anything interesting anymore.”

It’s a compelling argument (“[a]fter all, it’s the tests that tell you if your code [is] correct or not”), but I think it hides more that it reveals. My main concern is that the argument assumes there’s the same amount of testing in both the dynamic and static cases. That doesn’t seem to be true: if the compiler is catching cases that you need to test for in a dynamic language, then that’s more unit tests that need to be written.

Let me phrase this another way:

If you have static typing, dynamic typing == more testing. The dynamic typing is a requirement to type extraneous code to satisfy a code coverage tool that would otherwise have been caught by the compiler.

That’s not to knock dynamic languages (I know first-hand how damn productive Perl is): I’ll use dynamic languages some times, and static languages other times and admire them for what each can do for me in different situations. And it’s not to support the idea that 100% code coverage is an achievable goal in practice. It’s just that Neal Ford’s in principle argument doesn’t work for me.

Last month I attended a superb presentation on JBoss Cache by the project lead, Manik Surtani. Luckily only six people showed up, so were were able to chat to Manik, and really pick his brains on this stuff. Talking to Manik gave me a huge amount of confidence in the JBoss Cache product. 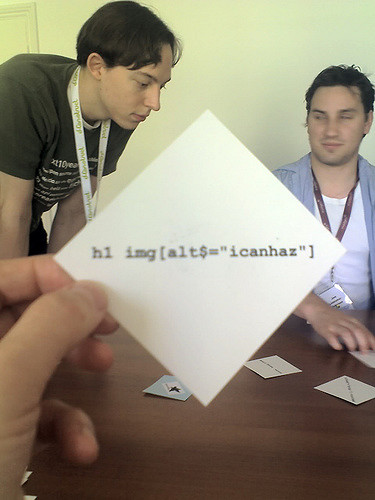