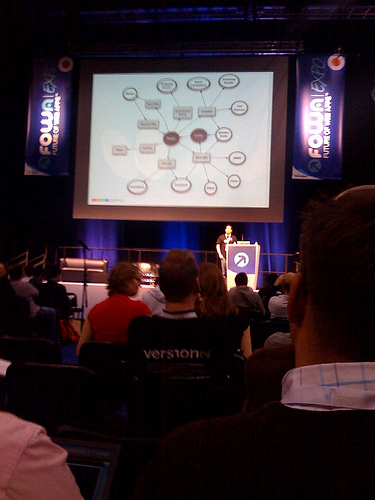 This year the London Future of Web Apps conference was held at the ExCel centre. Ah, the ExCel: a place that feels both sterile and grimy—something I thought only possible at airports and large shopping centres.

The conference? It lacked substance, and was disappointing in that respect. Still, that’s not what it’s all about: it’s good to just take some time away from the keyboard, and talk to people about “stuff”.

Those were the highlights for me. You can watch the presentations online.

One of the projects we’ve been working on involves kicking off a number of threads to check on availability of certain services. Despite having read the fantastic Java Concurrency in Practice book (which you should buy, possibly from Amazon UK) we’d run into a situation where Tomcat wasn’t shutting down. Inevitably it’d be because we’d starting a thread that wasn’t stopping. As a reminder to myself here are a bunch of useful tools for figuring out what might be going on…. 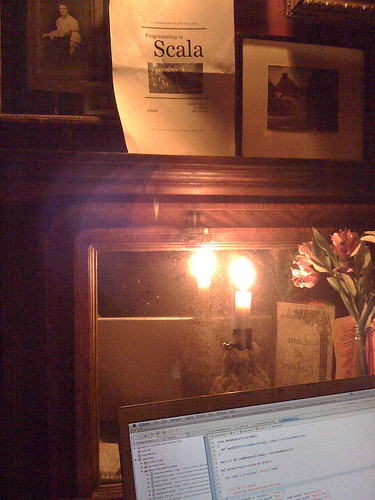