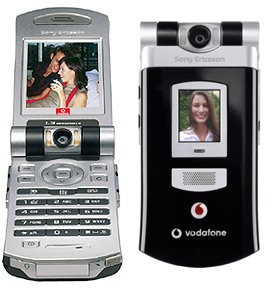 It’s been a few months since I moved away from a P800 to a V800. I wanted a handset that had good enough PIM functions, that would sync with my Mac, had the usual range of bands for roaming, but compared to the P800 I wanted something I could use while walking (it turns out I can’t use the P800’s stylus and move at the same time).

The Register gave it a positive review, and I think it’s fair. The battery life is a little suspect, it’s a little larger than it should be, but what can you expect of an early generation 3G handset?

My biggest gripe is with the keypad: too many keys, and the space in the wrong place. I can only guess that putting the space over on the right under the 9 key is either for left-handed people or for two thumb texting. For texting with one hand, when you’re right handed, it’s a form of torture for your thumb. (The middle zero key is where the space should be).

I wouldn’t have touched the handset if it didn’t come with a generous selection of Java APIs: MIDP 2, CLDC 1.1, Nokia UI, WMA (JSR-120), MMAPI (JSR-135, for audio and video playback, and camera snapshot), JTWI R1 (JSR-185), KDWP, but not the bluetooth API (JSR-82). The applications we’ve written run fine on it, although I’ll be re-reading the RMS spec because I’ve made some gross assumptions about record ordering in Punch.

The handset also supports SVG-T and Java 3D (JSR-184). As we’ve recently been working on some 3D data visualization, I’m looking forward to see what the mobile Java 3D can do.

I’m not yet convinced by the clam shell design. On all the previous phones I’ve owned, some part of the screen is always visible. That’s great for spotting a missed call or message. To get round the lack of feedback, the V800 has a 2.2 inch TFT display in the lid of the phone. This works fine, but feels a bloated solution. There must be a simpler way.