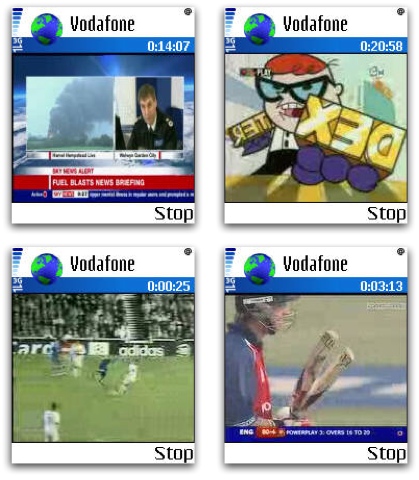 In summary, the system works, if you are more-or-less stationary and in good 3G coverage.

I’m not alone in trying this out, as according to The Guardian: “40% of Vodafone’s 3G phone customers used the service in the first 10 days, about 136,000 customers. They downloaded 1m streams of content. These numbers are good, but the content is free, so the real test will be February 1 when customers must start paying £5 a month for each of the two Sky Mobile packages on offer.” And in the US, 1.2 million people watch TV on the mobile phones (say eMarketer).

I’m having problems understanding who mobile TV is aimed at.

It’s not for commuters because the bandwidth isn’t there when you’re moving at the moment. That will change with a switch to broadcast TV, rather than IP TV.

The Vodafone offering is only good for TV browsing, and I’m not really a browser. Would I make use of it for some special events, such as a World Cup this year? Maybe… if I had no other option, and assuming the TV rights for the World Cup make it affordable to watch.

If I was starting out, and didn’t already have a TV, I might be interested in my mobile phone being my only TV.

The Economist comments on mobile TV that “the prospects for mobile TV are unclear. For a start, nobody really knows if consumers will pay for it, though surveys suggest they like the idea.”

We need better on-the-move quality and on-demand content. And even then I’m not sure how much I’d use it. 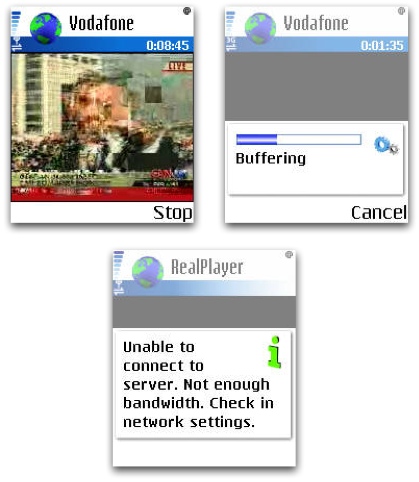