Two Months with the Findster Duo

I’ve been using the Findster Duo GPS pet tracker for a couple of months. I thought I’d share my experience with it so far…

The Duo consists of: 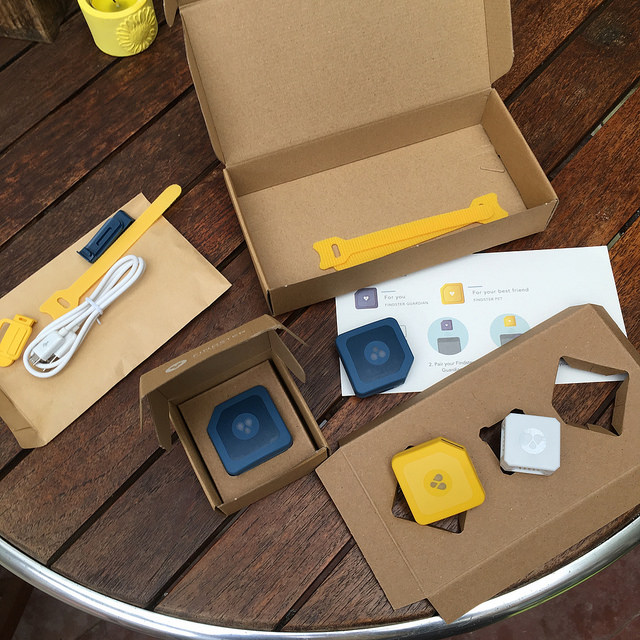 January 2020 update: these photos are from the original Findster. I’ve posted an update showing the new Findster.

For scale, this is it on Skitters, a 7.5kg Jack Russell Cross: 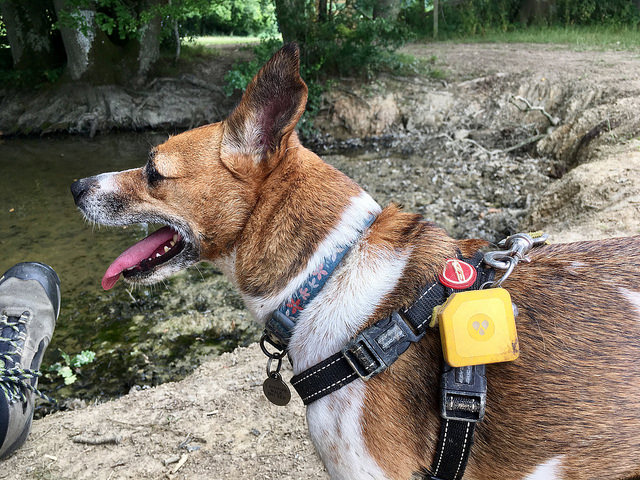 My interest in this is just for two reasons:

Findster talk about other benefits, such as reminders for dog walking, leader boards, and virtual fences. Sounds good, but not something I’m interested in, and not features I’ve explored.

I get the idea that some people might want the Findster on their dog all the time for activity tracking. We only put it on for a reasonable walk, and then take it off again. 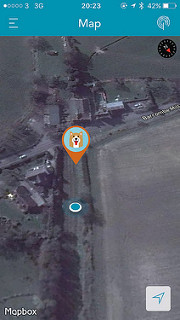 The dog hasn’t escaped from us (yet), but we’ve had a few tests. For example, we’ve sent the dog off to hide, then used the Radar to find her. Just using the radar I was able to walk in a straight line to where the dog was.

Another test was when The Yellow Thing fell off the dog, because I’d not attached it correctly. Although we could see it 20m or so back on the path (a bonus of it being bright yellow), I used the radar to find it, and it got us to with 2m of it, although about 45 degrees out.

The radar view can be confusing. Sometimes, even when you see the dog 20m ahead of you, it can look as if the dog is right next to you on the radar. You have to twist you phone around and the radar position swings around and you can see the dog is where you think she is.

The route tracking works. It shows the distance walked, time, and a “paw” count (which I presume is a step count).

I’ve been recording the human route with OS Maps on an iPhone, at the same time as the dog route with Findster Duo. I was surprised that the dog didn’t walk as far as we had. I’m putting this down to different algorithms (or GSP resolution) for tracking, because I cannot believe we cover more ground than the dog does zipping back and forth worrying the wildlife.

To show you what I mean, here are a couple of screen shots: 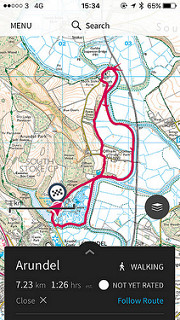 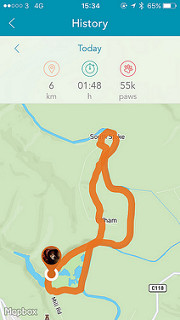 I also sometimes see gaps in the tracks. Possibly when Skitters has gone underground. 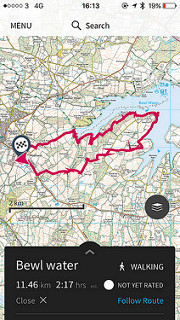 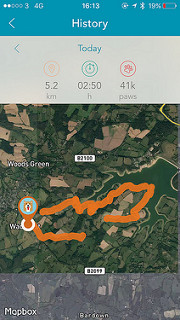 How robust is it?

So far, the dog has dragged The Yellow Thing through ponds, the sea, mud, bushes, and it’s carried on working just fine. However, the Findster FAQ says it’s only splash proof, so I guess we’ve been lucky.

At some point one of the attachment arms fell off (no idea when or how), but it looks like there’s a spare one in the kit. 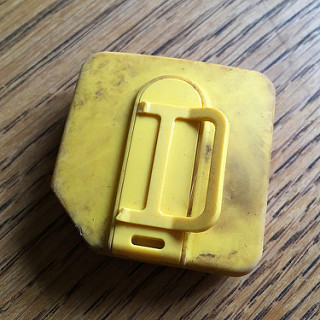 The Yellow Thing attaches with a Velcro strap. It’s taken us many attempts to get this secure. I was concerned about this on our initial walks, but now we’ve figured out how to get it securely attached. It’s absolutely fine. Again, spare Velcro straps are included.

The Yellow and Blue things attach to the USB charger. They clip together magnetically. Like anything that works that way, it can be a bit temperamental to get charging to happen. But a quick wiggle is usually enough to get things connected, and once charging it doesn’t easily disconnect.

Typically I’ll charge the units in the car on the way to a big walk, or the night before at home.

The primary feature for me is having an extra way to find our wildlife-crazed dog. And it can do this without any monthly fees, or need for mobile reception.

I’d say our first two months have been successful, and I’ll continue to use the Findster on long (or unfamiliar) walks.

If you’re interested, there are more photos in my Findster photo album, and if you’re really interested you can get 10% off using the coupon M1JWL at https://getfindster.com.

January 2020 update: I’ve written up a couple of tips in a new post.