I’m impressed with what I’ve heard about Silverlight. Microsoft put on an evening event in Brighton, bought a few beers, and tried to show Silverlight. I say “tried” because it turned into an evening of question answering. Which was fine: I could have done with seeing more, but I guess I can find that online.

Judging by the numbers, there are a lot of people interested in learning about the technology. So what is it? We were told it’s not a “Flash killer”, but you know what… the differentiation between Silverlight and Flash is subtle, so comparisons to Flash are going to be difficult to avoid. It’s probably fair to say it’s not a Flash killer yet, as Flash will have the edge in experience and capabilities for a while. But beyond that, it’s probably not a Flash killer because I suspect Silverlight doesn’t care about Flash or competition from Flash.

With 2.0 (or is it 1.1?) Silverlight will be more capable, supporting development in the .NET languages. This is the only differentiator from Flash that I heard all night: Aral asked the question, and the answer was that Silverlight was going to appeal to the corporate developer, where Silverlight + .NET are going to be a natural fit for them.

It looks like Microsoft have done a great job on the tooling (I’ve not actually tried the tools myself). The workflow seems to be going from Illustrator or Expressions Design to XAML then adding behaviour via Expression Blend or Visual Studio and back to XAML for presentation. The demo of the tools, although brief, hit the mark. Sure you can only run them on Windows, but the point was made that you can fall back on editing the text (ouch). Or third parties could work on editors for other platforms.

This leads to some envy here, because over in the Java world we’re still waiting to see the tooling, fast and light consumer VM, and plugins for JavaFX. The Java GUI people have been producing some great UI content—tellingly, the kind you don’t normally associate with Java—and they’ve been making all this easier. And yes, the Java Media people are initially targeting (can you guess?) video playback. So that’s all great, and will presumably all be open source, although it’ll be interesting to see how that plays out with the various patent issues over video . Still, as our glorious pony-tailed leader puts it: “this was the original vision behind the Java platform”. But it’s frustrating watching a game of catch-up. Whatever gets delivered is going to have to be very good: Adobe and Microsoft have set the standard.

The overall impression is that Silverlight is well executed. “What’s the catch?” was one question. I can only speculate at why Silverlight exists and what warning signs there might be:

But that speculation aside, it’s striking in what’s been achieved: a technology to watch and noodle with. Hats off to Josh for organizing a great event. 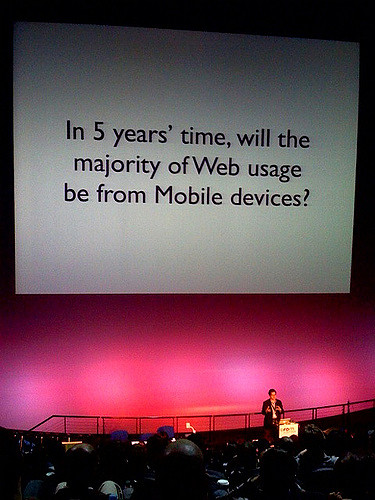 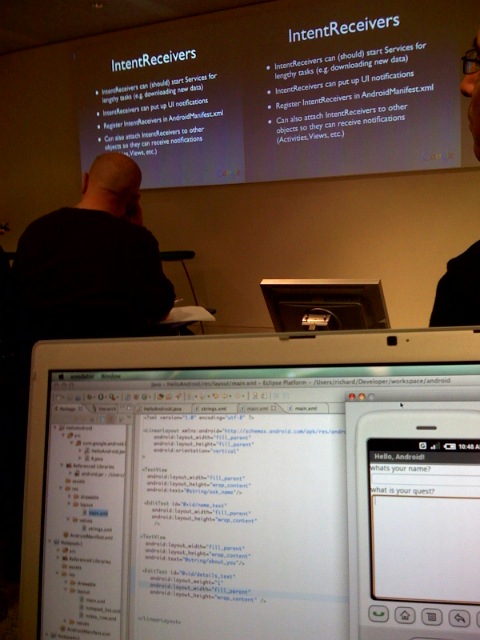